I was recently sent the Samsung Galaxy S8+ from Three to test-drive for a month. I am not the most tech-savvy person, but I do enjoy a new phone to play around with! As a blogger and freelancer, I spend an awful lot of time on my phone, so this will purely be from the point of view of how it suited me and my work.

I am a huge Samsung fan, so me telling you that I fell in love with the Samsung S8+ as soon as I unboxed it won’t come as a surprise. I have previously owned iPhones but I have been converted to Android.

The sleek design of the Samsung Galaxy S8+ is beautiful and I loved that one of the key features was its curved screen. The size may be a downside for some, but I adored it! It worked for me. While it did struggle to fit in my pocket, I liked the phone far too much to let it be an issue.

When I’m on the hunt for a new phone, the very first thing I check out is the camera quality, to see what kind of images I could produce with it. The first thing that I used was the camera to take some quick snaps and I wasn’t disappointed at all! The camera is just amazing and even the zoom is great and didn’t take away from the quality too much. I ended up using this phone as my main camera for private family photos, blogging and everything else I wanted to snap. For me, the camera was the best part of the phone as it is the most important to me. I take a lot of photographs daily and by the end of the 4-week period, I had over 1,000 photos stored on the phone!

The Samsung Galaxy S8+ has an ‘always on’ feature and coming from someone who checks their phone almost constantly (even if it’s just for the time), I loved it! Although, at first I was confused as to why I couldn’t lock it – ha!

Another thing that is important to me is the battery life and on this Samsung S8+ it is, in a word, amazing! I use my phone an awful lot as you can imagine; I’m always writing notes, making calls, sending quick emails and taking photographs. I only needed to charge the phone every two or so days!! If it wasn’t being used, then battery was hardly affected. I have had other phones in the past where the battery would diminish even if it wasn’t being used.

When it did need to be charged, the charging rate was the quickest I have ever seen which is perfect for people like me who need their phone on them at all times.

Now, I’m going to be honest with you here. Before writing this review, I tried to think of some negative points but I genuinely struggled. For others there may be some cons to this phone but to me it is wonderful and for what I used it for. I didn’t try to look for the cons for anything other than to give a balanced view.

However, there was a small issue that I did have. With the curved screen, I would accidentally press a button that would close what I was looking at. I’m so used to being able to wrap my hand around my phone that I would forget I couldn’t with the Samsung Galaxy S8+. It wasn’t a huge problem, it would just take me a bit of time to get used to.

These pictures were taken in low light:

This picture was taken using the front camera: 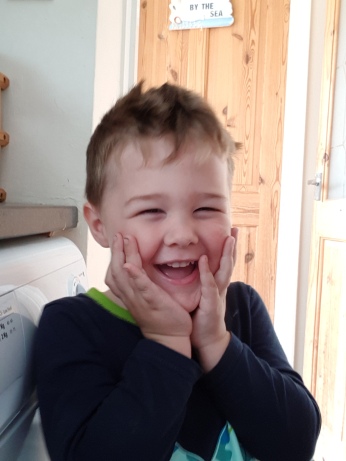 This picture was taken using the zoom:

This picture was taken in natural lighting:

Honestly, if you couldn’t tell from my review above… I LOVED it! It is such a beautiful phone and, in my opinion, is the best phone out there right now and I so want to get my hands on one. I went on holiday a few days after handing it back and boy did I miss it, I only took 30 photos over those 7 days which is unheard of for me – I usually take that within a few hours. I still cannot get used to using my current phone almost two months later! So, it’s true, the Samsung Galaxy S8+ has made me hate my phone.

Note: all images used within this post were taken using the Samsung Galaxy S8+ in varying lighting conditions and situations to give an accurate representation of the image quality. No images have been edited in anyway, other than being cropped.

Disclaimer: I was sent a handset, on loan, in exchange of this post