Before I became a parent I had never heard of the term ‘sensory play’. But I pretty quickly learnt how important (and fun) it is. We started doing sensory play trays from just a few months old, to let Joshua explore and learn through play. We used this method through weaning too which worked wonders!

Joshua always got stuck in but as he got older, he started to have a big dislike for certain textures. As he refuses to eat or touch many things based on how they feel or look, we like to create sensory trays for him. In the hopes that it’ll help him to try out different textures again.

So, when the lovely people over at Zimpli Kids sent me a bundle of their products to try out, we couldn’t wait to get going with some more sensory fun at home.

Sensory Play is Important: But Why?

As in the name, it simply stimulates your children’s senses and allows them to explore in a way that boosts their fine and gross motor skills, creative thinking and even helps with calming and relaxing too.

Sensory play is so important, and I think it should be started as early as possible. It can be introduced for so many things; such as weaning. Not only is it tons of fun for your little ones but it helps them learn about the world in-front of them and discover new textures.

We received the Gelli Play, Slime Play, and Sno-Ball Battle Pack to try out and every single one was so easy and hassle free for us. As well as being SO much fun for Joshua! The clean up afterwards was as easy as I hoped and everything could be easily washed away. 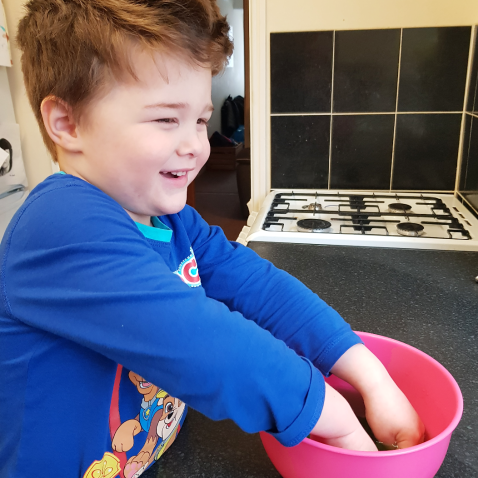 The first one we used for our sensory play was the Slime Play. To make up some slime all you have to do is simply add some warm water and mix. After a few minutes, the water will have turned into slime and ready to be played with. Although, a small note from me, I found that adding less water than what the instructions said worked out even better. We did one batch with the exact amount of water in the instructions and, in my opinion, it needs a bit less.

I have to admit, deactivating the slime to turn it back into water so it could be poured down the drain made me nervous. But there really was no need! You simply add more water to the slime and it waters down, ready to be poured away.

Next up was Lava Red Gelli Play! This comes with two packets, one for creating the Gelli and then one to turn it back into water again; once you have finished playing. All you have to do is once again add the powder to water, give it a mix and leave for it to turn into Gelli.

Joshua was so excited to try this out and he had been asking to have a Gelli bath. So, we did this instead of our typical sensory trays. He had so much fun that he only agreed to get out with some bribery of playing with the Sno-Balls! He spent forever in his Gelli bath, chilling out with his bath toys. I honestly think he would have been in there all evening – ha!

I have to mention, the pack we received was not intended to make up a bath and is different to the Gelli Baff you can buy. The difference is how much you get and the Gelli Play isn’t enough to make a bath, so we just added in less water.

For the Sno-Balls, instead of using it for outdoor play we decided to make up a sensory tray for Joshua instead. At first, he was a bit unsure of how it looked but after a few minutes and with me joining in too, he got stuck in. I added some toys and he had great fun playing around in his little snow scene. He enjoyed it so much that he wouldn’t allow the tray of snow to be chucked away, so we had to slowly move it into the kitchen and creep it along to the bin over a period of a few days! 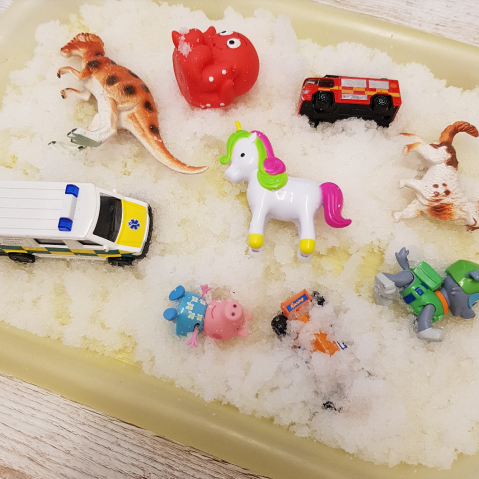 *Disclaimer: I received these products in return of an honest review.