Life has been just as hectic and busy as ever. Last November we bought our first home, which is a complete fixer-upper; in-between working two jobs, running around after Joshua all day… we have been trying our best to renovate our home. As both mine and Jamie’s work schedules clash (when he’s at work, I’m at home and then we switch – some days I rush out the door as he’s approaching the porch!) it’s quite difficult to get as much done as we would like, but we squeeze in as much as we can.

So, what have I been up to this month? Let’s dive in…

At the beginning of this month we put planning and ideas together for what we want to complete around the house by the end of the year. The end of the year marks a special and exciting occasion for us, which I will talk more about at a later date! But by December, we need to have a few rooms completed without fail, so we made a list of everything that needs to be done and when.

We aim to get new flooring for the entire downstairs living areas, as well as freshly painting it and generally sprucing it all up. Luckily, downstairs is the cheapest part of the house to renovate – because all it really needs is new flooring, lick of paint, varnishing and a bunch of decorative things removed from the walls. As opposed to installing an entire en-suite, extending the landing and adding a ceiling upstairs!

Towards the middle of the month is where it started to get a little more busy for us. Joshua was heading off for his first three induction days at Primary School, to prepare him for starting in September, as well as having a couple of events going on at his preschool. For Joshua’s first induction session, I was able to attend which we thoroughly enjoyed getting to know everything about his new classroom. I spent the time ensuring that Joshua knew his teachers name, assistants name and where everything was that he would need. He had a blast exploring the classroom and all its little areas, running around outside in their spacious playground which features a theatre stage with speakers, climbing frame and sand pit. At the beginning of the session he was almost in tears at the thought of getting involved and talking in front of the class for introductions, but he soon settled in.

Then it was time for Joshua to go along for his session alone. As I dropped him off, he happily put himself on the carpet and was immediately praised for good sitting – which I think lifted his spirits for the day. After a (hopefully) fun-filled morning, I was able to go along for lunch with him, which we both enjoyed. I loved finding out how they had to enter/queue etc, so that I could help him in knowing where to go and what to do when it’s just him on his own.

Joshua then went off for his first full day at school, all by himself, which hit me hard to say the least. After dropping him off, I had a little cry and spent the day keeping busy to keep my mind off of it. When it came to collecting him, he came out beaming with everything that he had made and was proud of himself for managing the day alone. The only downer was that he had a little accident shortly after, because he had held it in all day due to being nervous about going to the toilet alone and asking to go – which is something I may have to raise with his teacher. 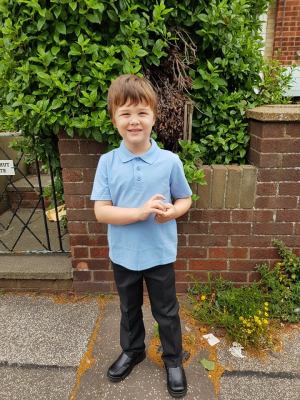 But he has made me proud that he threw himself into all the sessions and he is so excited and looking forward to starting in September! Although, I can very much wait to wave my (big) baby off at the gates. 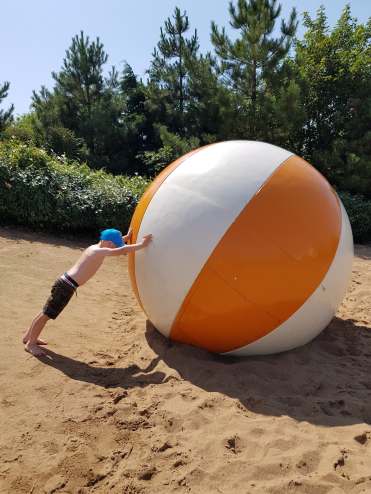 That same week, we headed off on our annual holiday to Butlins! We love holidaying at Butlins because it’s fantastic for Joshua and has everything he needs for a great Summer week away. Happy Joshua – Happy parents! During our holiday we saw Toy Story 4 (Joshua is a newly obsessed fan!), spent an insane time riding the Dodgems and swimming and generally just had a blast around the site. We never have to leave the site during our holiday because there is so much happening with the shows, bowling, adventure golf, arcades, park, funfair… you name it!

We are now back home again from our holiday and we are already craving another!

To finish off the month, we purchased our new flooring for the hallway, ready to lay once the painting has been finished early next month – hooray! Next month is set to be as equally busy, if not more so, but I can’t wait as we have quite a few exciting things happening.